This is one of mine… taking little bits of local lore (Dragon on Castle Hill, tunnels under it, etc, etc) and tying them together into a story.

One cold morning, right at the start of February, not so long ago, George woke up early. It was still dark and George didn’t need to be anywhere that morning, but he couldn’t get back to sleep. So up he got, checked on his sheep, and took Stanley the dog out for a walk.

Up Castle Hill he went, on that cold, foggy morning. On top of the hill, it was as if they were on an island, with the rest of the area hidden by the fog.

Stanley suddenly stopped chasing imaginary rabbits and stood still, barking at something George couldn’t see. As George got closer to him, he saw a stone staircase spiralling down into the hill, a staircase he was sure he hadn’t seen before. Intrigued, he told Stanley to stay put while he took a look. Down the staircase he went, dark for a moment, and then lighter as a faint glow came from moss covering the staircase walls.

The stairs ended in a wide cavern, and George’s attention was drawn to a golden object in the centre of the space. He walked towards it and found a small cradle, like a newborn baby would sleep in, made of gold. He reached out to touch it, but before he could, a voice sounded out. A rich, powerful, old voice.

‘I’m Brigid, and that is my golden cradle. The Brigantes gave it to me when they built the fort on this hill, so I would protect the high ground. Within it they placed their most valued daughter to stay with me within the hill. In return, for nearly 1,000 years I protected them. Even when the Romans came, they didn’t touch the fort, it was safe under my care. Then the new gods came and my people drifted away and stopped worshipping me. Still, I protected them. Until the people thought the new priests might like the gold for their god. They came back to me, within the hill, and tried to steal away my golden cradle, my price for protection. So I sent their daughter back to them, with fire and destruction as their reward. She left their lands scorched and barren, their livestock and stores destroyed, and the stones of their fort melting like wax. Few have dared to return to me since then, with the path only open on my day each year, when they used to feast in my honour. Have you come for the cradle? Perhaps you should meet the Brigante’s daughter?’

The voice faded and a slithering noise came from the steps George had just walked down. He turned to see two red eyes burning in the low light, smoke curling from wide nostrils, and the first coils of a huge serpent coming around the spiral steps.

George panicked. He didn’t know what to do, or where to go. The way he came in was completely blocked. But while he stood frozen in place for those first moments, he heard barking from the side of the cavern. He dashed towards the noise and found a narrow tunnel which he dived into. He wriggled, he crawled, he squirmed. As fast as he could, he made his way towards the barking, fearful that any moment he’d feel the hot breath of the serpent on his feet.

After what seemed like an eternity, but must have been only a few minutes, his head popped out into fresh air and he dropped a few feet onto the hill side. Stanley was there, barking to guide him back to safety.

They rushed back from the hill as fast as they could, and though they’ve been back many times since, George has never found the stone stairs again. That said, he’s made sure never to go back before dawn, and never on the 1st February… 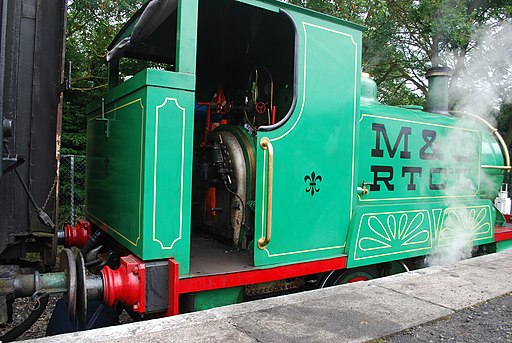 I quite like the Yorkhire dragon stories, mainly because of how different they are to the dragons in stories I heard growing up. They were completely different looking animals, even from the cute dragons from Ivor the Engine…

Dragons from stories I’d heard before were like armoured giant birds – they flew around breathing fire, and were killed with difficulty because of the impenetrable scales that covered them.

Yorkshire dragons were different. The were much more serpent, or wyrm like – killing people (or sinking ships) by wrapping themselves around them, rather than swooping down from the sky and breathing fire. They might drip poison from their heads, or have regenerative powers, but why would you need armoured scales when you’re simply enormous and heal quickly?

Some might breathe fire though, as I’ve always been told a dragon lived on Castle Hill near me. I assume that is said because it’s a rare example of a vitrified iron age hill fort, where a fire raged so fiercely (around 400BC?) that stones were fused together. Sounds like a good excuse for a dragon story to me… especially as there are said to be tunnels under the hill which would make a good home for a sneaky giant serpent.

Purchase the book on Amazon